Scott's music interest were on the oldies in the teen years. I remember us recording the Grass Roots and the Guess Who from albums to 8 track tape trying to perfectly time it so we would have 4 equal tracks allowing the track to change not in the middle of a song. I think the albums were Cheri and Jan's. Scott's gadget abilities were sad at best. I would spend hours trying to restore his computer to working order after he would claim that Sydney, James or Carly had caused it to stop working. The final diagnoses would always come back to something he tried that hosed it up. His blackberry phone was always sort of a mystery because he never read manuals including ones for the TV, stereo, phone, etc. He always called me when he had tried everything he knew and his gadget of the day was completely non-functional. He had that big screen high definition television for several months before I finally showed him how to actually watch high definition programming. He had it set to analog!

Scott was a great husband, father, son, brother, son-in-law, brother-in-law, uncle and friend. I became a very close friend of Scott and his family from an early age. His parents, Reverend Jim and Mrs. Ruby, were very kind and supportive to me during some very difficult adolescent years and have been a major influence in my life. Scott and I were inseparable when we were small. I remember praying for Scott to move back to Fayetteville when the family had to move because of Mr. Fee's job. It must have worked, they moved back into the same house shortly after that. Scott and I were sometimes referred to as backyard All-Americans in sports from some

of our close friends because we tended to excel in sports typically played in the back yard or house; touch football, basketball (8ft goal), tennis, wiffle ball, ping-pong, badminton, billiards, croquet, extreme indoor nerf basketball (goal tending was not only allowed, but highly encouraged), frisbee, indoor golf, dodge ball, volleyball, bowling, etc. We would play ping-pong for hours in the Clark house when their family lived on Lincoln Avenue next door to the Associate Reformed Presbyterian (ARP) church. One of my favorite ideas we came up with was moving an old swing set that didn't have any swings to the grass field beside the church parking lot and using it as the crossbar for kicking field goals. After a few highly fought controversial calls, we added old broom sticks as uprights to aid in final decisions. We also liked to tease Scott's little brother, Chris, and get him to ride around on a bike (with baseball cards clipped to the spokes for a more festive motorcycle effect) while we threw balls or water balloons at him to knock him off. When Chris started to cry after a brutal crash, we would come up with some type of incentive (broken Hot Wheels car, duplicate baseball card, etc.) to persuade him not to tell Mrs. Ruby. Chris never told on us and was always a great sport and good little kid. We shared a Hot Wheels collection second to none. We designed a track from their long hallway all the way through the dining room that was connected with superchargers so that we could sit back and watch the cars go all the way around the track without human intervention. When I would spend the night, Scott and I would get a Tupperware basket with ice and store cokes and candy in it and put it under the bed in the guest room since Mrs. Ruby would not let us take food from the kitchen. I think she finally caught us but laughed when she saw how far we went to make things like we wanted.

always hid them there) and took them down played with them and then put them back in the box so Mrs. Ruby wouldn't know. I think they got busted when they got greedy and tried it again the next year. Last week Scott and I talked for about an hour exchanging news about our kids and politics. Scott dearly loved his wife and was deeply proud of his children. We would frequently discuss how to get our kids to love sports like we did without being pushy or burning them out. It appears Scott has done a great job. I feel so numb concerning his death. I just sent him a weekly joke by email the day he died which was never read. I am not ready to delete his contact information on my computer or cell phone. I still hope I am just having a bad dream. As far as deleting our memories together, I don't think I ever will...

Scott's Obituary below was taken from the Higgins Funeral Home web site. Scott was a native of Lincoln County and the son of James and Ruby Osteen Fee. He was an employee of Network Industries, a Deacon at the A.R.P. Church and a served on the Little League Baseball Board. His Survivors in addition to his parents include his wife Vickie Colbert Fee of Fayetteville, children Sydney, James and Carly Fee all of Fayetteville, two sisters Jan Little and Cheri Fee both of Nashville, one brother Christopher Fee of Nashville, mother-in-law Shelby Colbert, brothers and sisters-in-law and several nieces and nephews.

Scott, you will be dearly missed. I love you. May God bless you and your family.

Tribute to My Friend

Scott died on a Monday afternoon in a tragic car accident in the prime of his life, but his spirit will never be forgotten. Scott was a devout Christian and his life after this one is not in doubt. Once our grieving is over, remember that Scott is in a better place and will spend the rest of eternity with the Lord. He would want whoever may read this to know that. 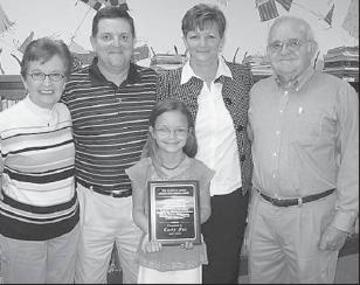 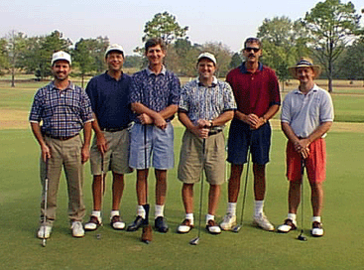 hooked until we started playing softball with local teams Coaches Corner, Lincoln County Express, and D&D Jewelers. Scott played first base most of time and was a very solid batter. He wasn't that fast but was quick and had a great glove. The picture below is when we won the 1990 Amateur Softball Association (ASA) Class "C" State Tournament in Murfreesboro, Tennessee. We beat a team from Lawrenceburg 7-1 in the finals after losing to them 5-1 earlier in the 40 team tournament. My wife was about seven months pregnant with our twin boys during the tournament. Scott briefly tried playing the outfield and was quite comical when he developed a trick play which he would run in on a ground ball hit to the outfield and he would then pretend to miss the ball through his legs in order to attempt to pick off an anxious runner trying to stretch a single to second base. I do not remember if the play ever worked but it was real funny to watch. Scott was also an excellent tennis player and received a scholarship to play at Erskine College in Due West, South Carolina where he graduated along with his future wife and high school sweetheart, Vickie Colbert. My brother, Bobby, Scott and I used to play tennis on the Fayetteville Country Club courts until wee hours of the night honing our skills and  taunting the loser which was usually me or Scott. 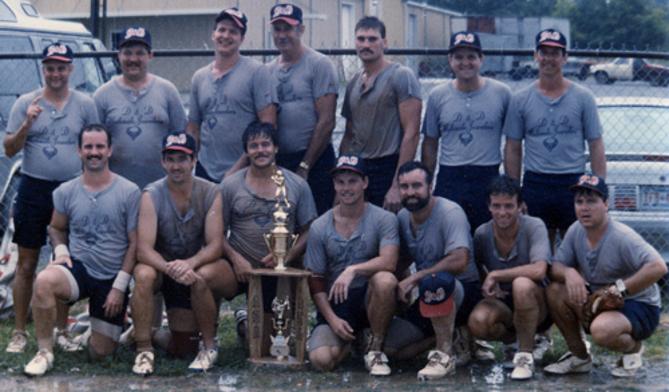 I talked to Scott one week before his death when I called him on his cell phone two days late to wish him a happy birthday. I always remembered his birthday because Scott, his brother-in-law Tim Gattis and I had late birthdays (August 10, September 13 and October 11) allowing us to play an extra year of Little League together, start college at 17 years old and compete against friends sometimes almost a year and a half older in school sports. We also called each other every Christmas to see what toys each other got. Last year we talked about the toys we got our kids and how much fun we were having playing with them. One year when Scott and Chris were little, Scott said that he and Chris found their Christmas presents in the garage attic (The Fee's 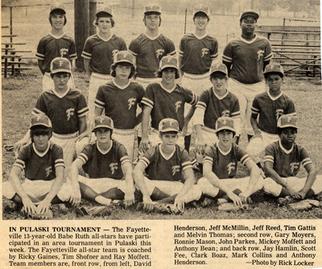 Scott was a very good all-around athlete. He was a good pitcher in Little League baseball who used control and accuracy more than speed to get his opponents out. Scott was very competitive and had his mother's quick wit. Scott also was a fine saxophone player at Fayetteville Junior High who's highlight was at the Petersburg elementary school during a band tour when Scott took off on a solo a little too fast. Mr. Belcher jumped up from his socializing with local teachers in a panic until he slowed the entire band back down. We laughed about this for years. Scott rode to Pulaski when I was 12 years old with my grandfather and brother and saw me hit my only homerun in an All-Star game. He cheered for me as if he had hit it himself. Although, we enjoyed baseball as youngsters, we didn't really get